At the Daylesford Sunday market I met Nardia, the cheese maker.

It’s the first time I have met a local cheese maker. A small scale, hands on artisan cheese maker who supports her family by making cheese.

Had I been travelling through France, Italy, Spain or the Middle East, or any number of other fabulous countries I would have anticipated meeting a Nardia in every village.
But here in Australia, in our little town of Daylesford I had not expected to find her.

Our artisinal food culture is so tiny, so small, an infant yet to mature.

At the Daylesford stall that Sunday I had not fully appreciated that Nardia made the cheese she sold. I looked at each variety displayed with enthusiasm but no comprehension. I imagined the cheese had come from far way, from overseas. Even though each was packaged and clearly labelled with the words, Goldfields Farmhouse Cheese, I still did not understand that each parcel was made by her hands.

At DOS, Daylesford’s local delicatessen I asked for a local cheese and they sold me a creamy Buninyong white. I wondered who in Buninyong was making the cheese I had bought.
Then a week later I began to think of Nardia’s cheese again and so I arranged to visit her and it was only after this visit that I completely understood the value of what I had seen at her market stall.
In Ballarat, in an industrial building complex, old and worn. In a small room, partitioned and lit with fluorescent lights, I found freshly made cheese and I found Nardia.

“Nardia, I had wanted to buy your cheese last week but I did not have time to find you so I went to DOS and bought a Buninyong cheese instead”!

“But that is our cheese” she said “it’s called Mt Buninyong Mist and it’s made with Jersey milk, and we have another brie made with Friesian Holstein milk called Mount Warrenheip to match”.
These mountains have particular significance to me…I grew up in Mt Warrenheip and my dearest friend Sam grew up in Buninyong.

I’ve never been very fond of the area where I grew up. The reason being that when my family moved there, my dad a migrant from Italy developed this deeply nostalgic love for his country that meant that no other place was equal to it, no matter how beautiful. And hence my teenage years were devoid of adventure and opportunity and simply filled with endless days in the potato growing district of Mt Warrenheip.

So I welcome new connections, new interpretations of places that I once found so limiting.

At the Daylesford Sunday market I met Nardia, and I found… Narnia. 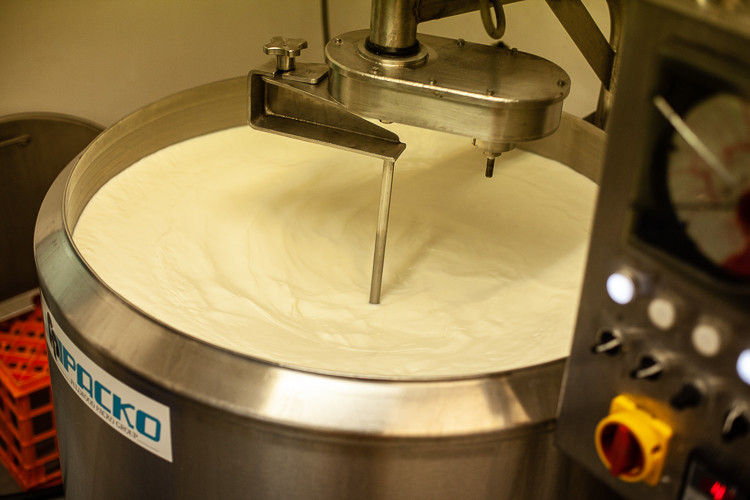 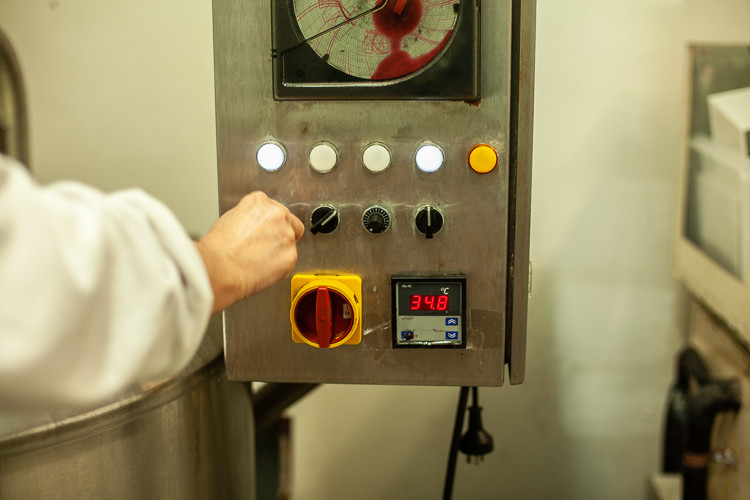 Then the temperature is lowered and Nardia chooses a culture to add. The culture chosen will determine the flavour of the cheese made. 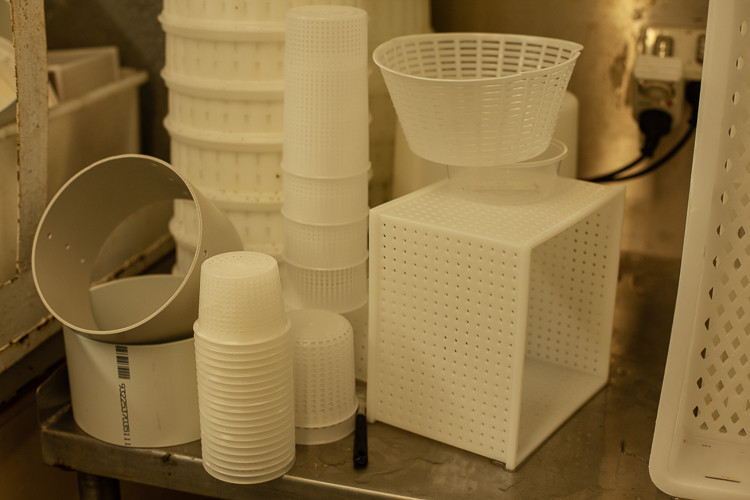 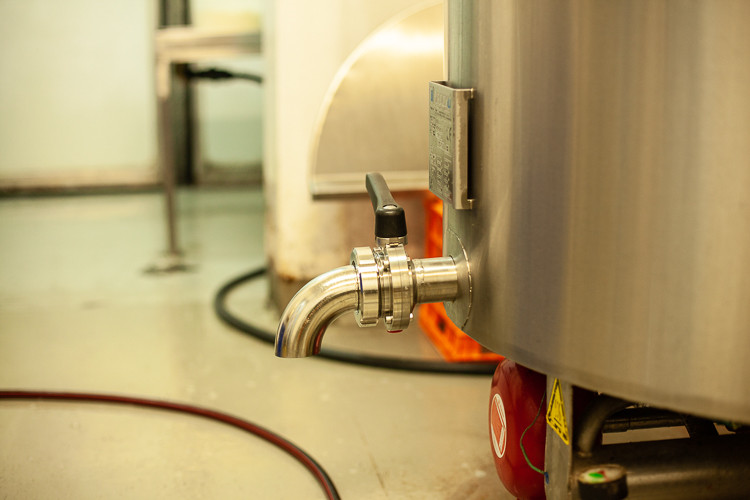 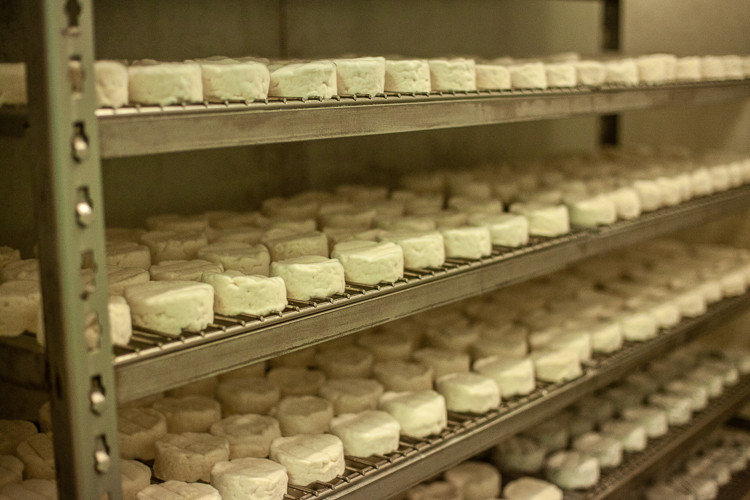 Rows of freshly made cheese. 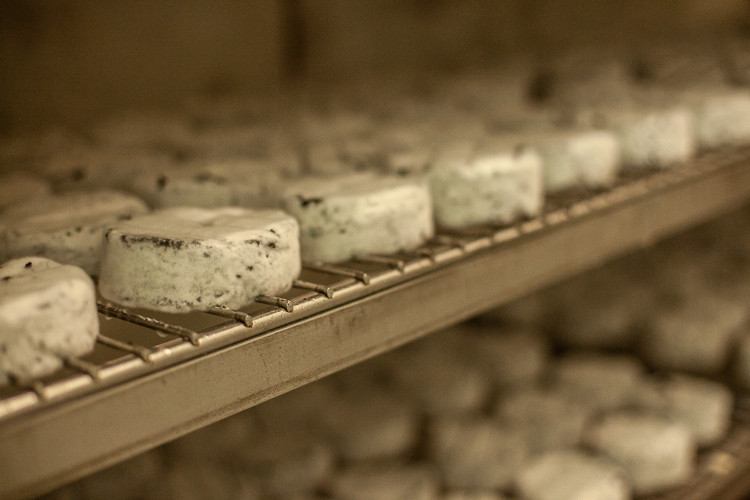 Cheese ripening involves complex biochemical reactions, glycolysis, lipolysis and proteolysis. But learning to make these cheeses is not hard and Nardia explained that they can all be quite easily made in your own home. 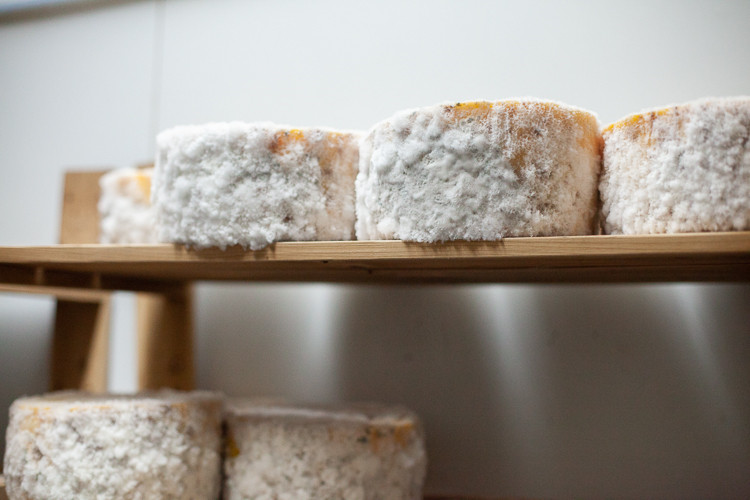 Surface mould is allowed to grow and ripen adding complex flavour to cheese. 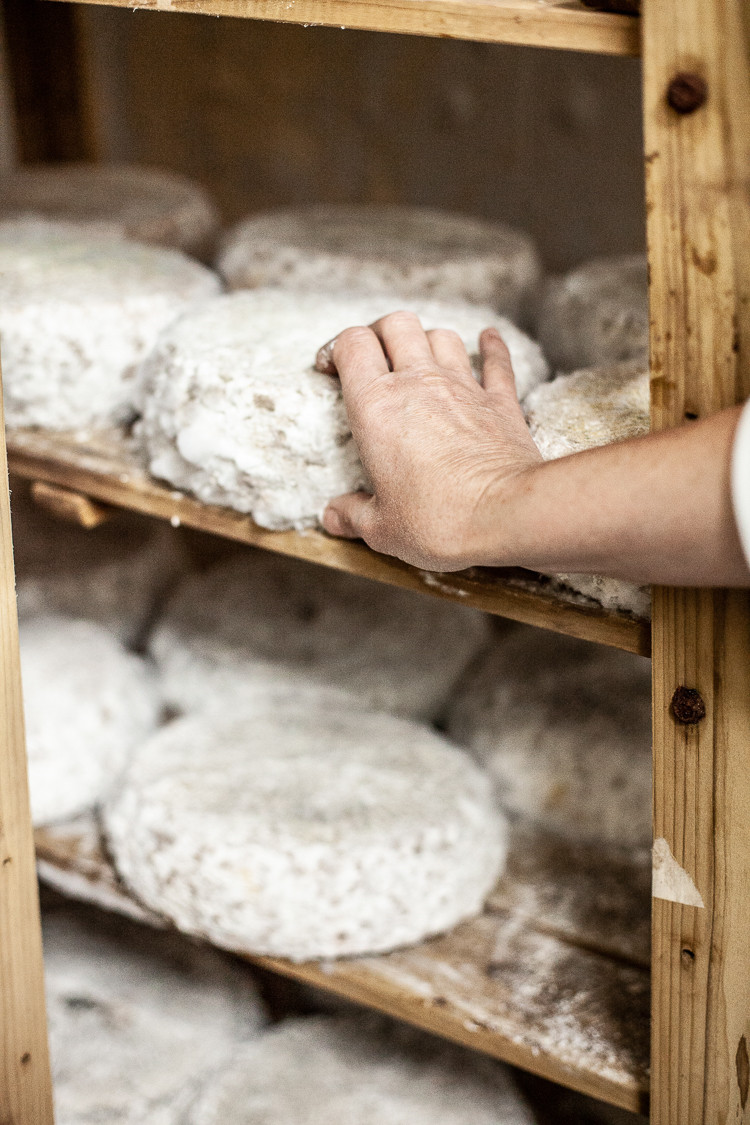 Once packaged the cheese looses its cotton wool textured outer skin and is transformed into something silky and divine. 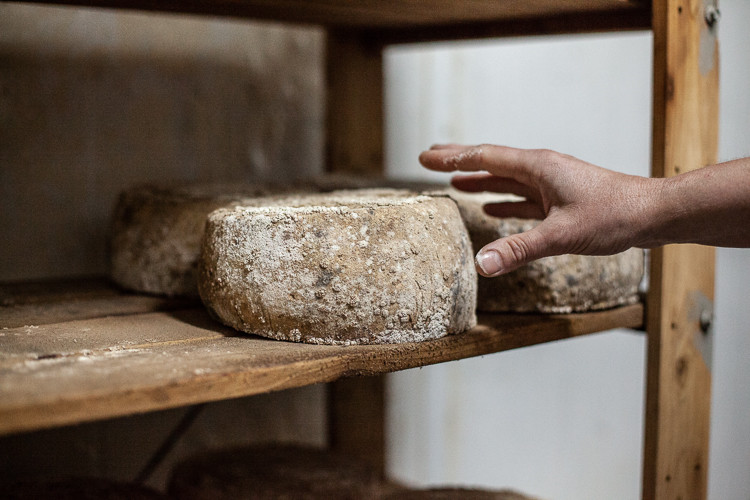 Look at the delicious flavour profile of this cheese! 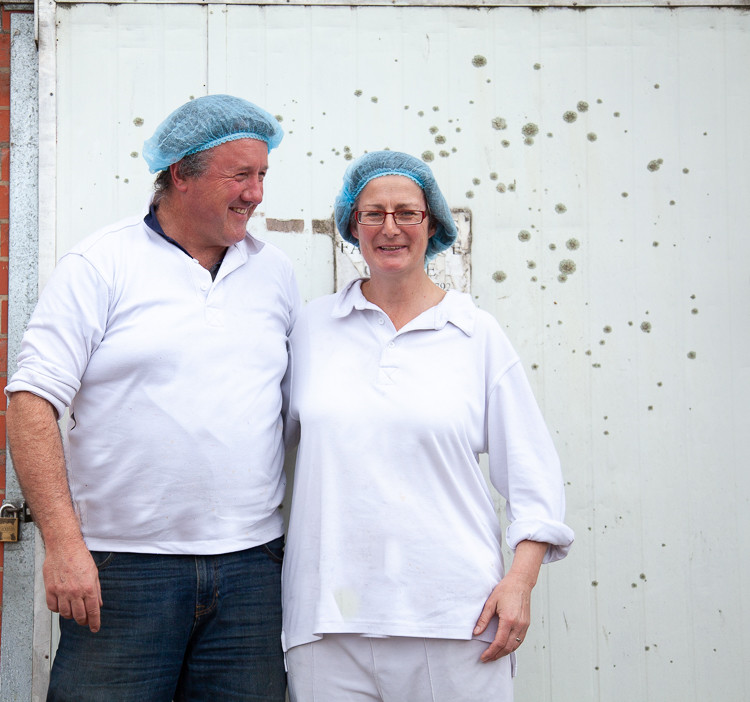 Nardia and her love and co-worker Andrew.