After a nitrogen fixing crop has been planted, like broad beans or peas, you can harvest the pods but leave the plants and roots in the soil.  Or don’t harvest the beans if you want to maximise the nutrient content you dig in. Dig the plants lightly into the soil by breaking them up with a hoe or a spade. Or break them up, leave them on the surface and cover them with a thin layer of straw. Then moisten the soil and keep it moist to speed up the composting process. Whether you break up the crop and keep it on the surface (no dig garden) or break it up and dig it lightly into the soil, with both methods you want to add a layer of straw (carbon) and moisture (water) to activate the composting process. 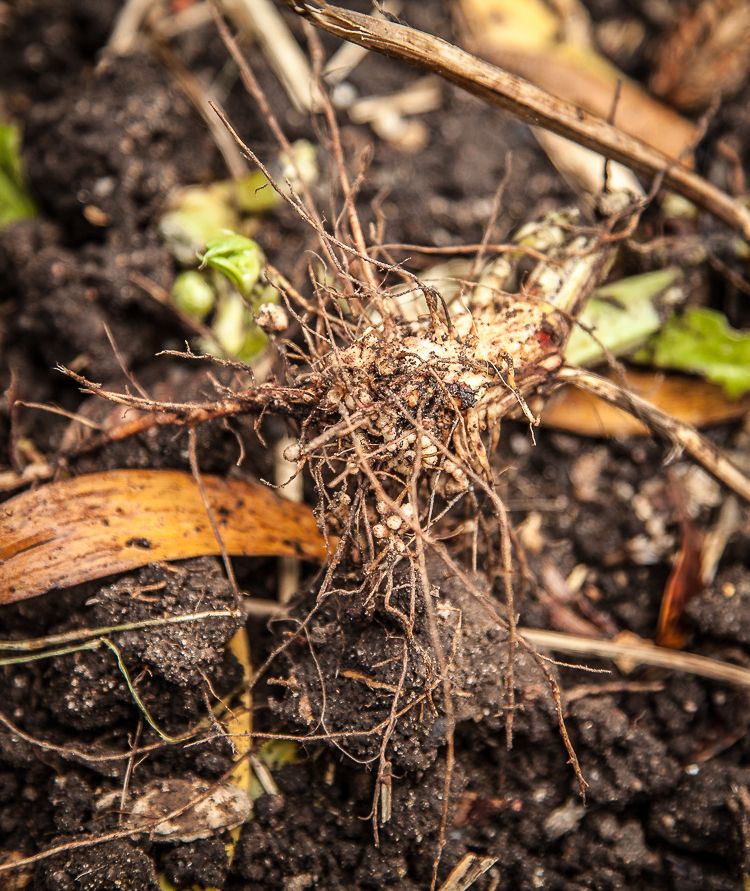 Broad bean roots showing bacteria filled nodules, where nitrogen is fixed – nitrogen from the air is captured and processed by the bacteria and made available to plant roots.

Do not use sawdust as the carbon layer because sawdust is very rich in carbon and poor in nitrogen, so by using it, bacteria in the soil will want to draw nitrogen from the soil in order to break down the sawdust matter. Bacteria use organic matter as their food source and to multiply. Nitrogen is needed by bacteria to build protein for their offspring. If as a result of you putting sawdust on the soil they draw down nitrogen from the soil to activate composting, then you end up loosing nitrogen that you need for your future plants and hence undoing the whole purpose of this exercise.

Here in this raised garden bed in Reservoir, the stalks of broad beans have been broken up and lightly dug into the soil. A light dusting of straw was then added to the top and water sprayed. Over many weeks with a hoe the soil is given a light fluffing to keep it oxygenated and water to keep it moist, this is to speed up composting. When the organic matter has clearly broken down and is no longer visible as chunky stalks, the bed can be planted. Now having said all this…if you wanted to use the garden bed straight away then don’t dig the bean stalks in but compost them instead. And take from your compost the organic matter produced from last years harvest.

Composting makes it possible for us to use the garden beds continuously. However green manure crops can help us, in a rotation system, reduce the accumulation of pests in the soil. Green manure crops also protect the soil structure when no other crop is desired in the bed. The roots of the green manure crop holds soil particles in place and prevents erosion. Better to be growing something in the soil all year round than nothing at all.

If you choose not to grow a green manure crop remember to: 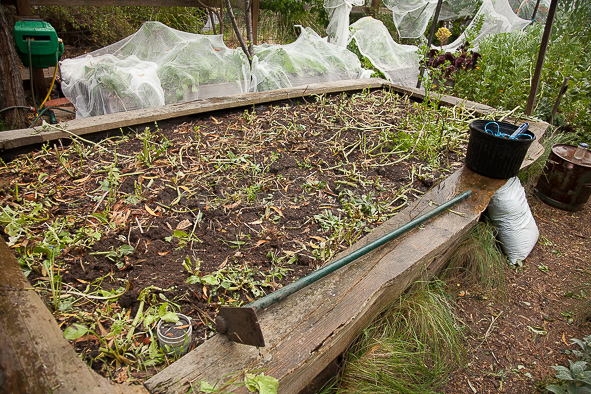 ← In Daylesford we are…
Adventitious roots →